The day is one big family reunion, all to support a great cause, raising money for financial aid.

The 39th Xavier Alumni Golf Classic was played in honor of the Xaverian Brothers as well as Joe “Stick” Krywinski ‘70, who died last December. Stick was a loyal member of the Xavier community who volunteered at the golf tournament.

His extended family came out in full force Friday to support the cause and remember Stick who, the story goes, got his nickname from former longtime basketball coach and AD Artie Kohs. Seems Stick blocked a shot in an intramural basketball game and Artie yelled, as only he could, “Way to stick him Joey!”

The nickname stuck. As did the memories of Stick by so many people, including his good friend and tournament organizer Rich Feitel, who said that Stick cared more about others than himself, was always willing to do a favor and wanted nothing in return. Stick, said Feitel, simply was a guy you wanted to be around.

The value of the year at Xavier this school year is simplicity. Simplicity is many things but one of them is living in the moment, appreciating the moment. Seems Stick did that with a smile - and was smiling down upon us Friday on what was a beautiful day for golf, just hours after another soaking rain.

Thank you to everyone who attended and helped make this such a special day! 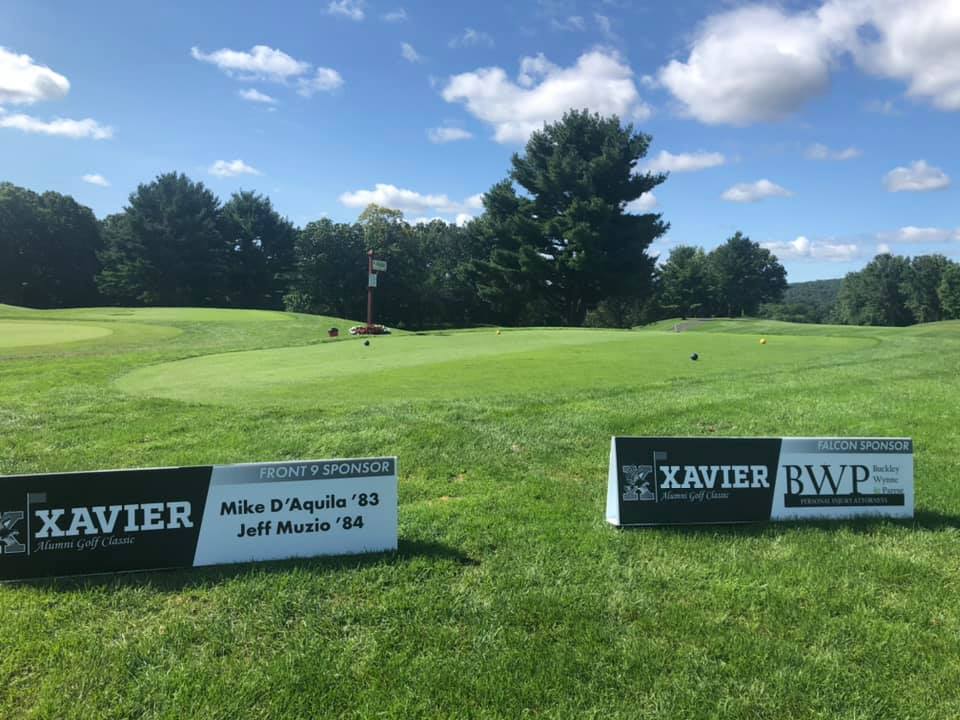