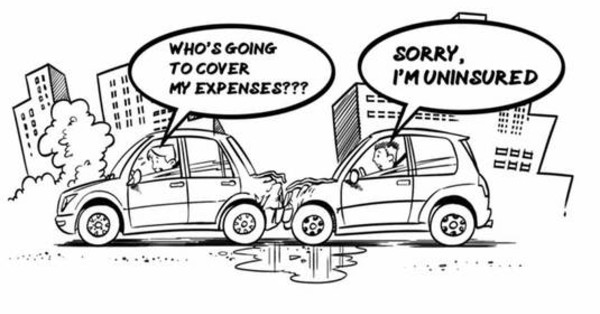 After the initial trauma of a car wreck, the concerns of insurance coverage are real. Does the party at-fault have insurance and is it enough to fully compensate for all injuries and losses? Will there be adequate coverage to fully cover future medical care, lost wages at work, and permanent injuries?

Connecticut law requires insurers to sell you Uninsured and Underinsured (UM/UIM) Coverage of at least $25,000 per person and $50,000 per accident. You can buy more coverage than the minimum, which is strongly recommended because often the responsible party’s coverage is insufficient.  The number of uninsured/underinsured drivers in the state of Connecticut is significant. UM/UIM insurance covers you and family members in your household. This coverage protects you from an uninsured or underinsured driver.

When you are in a wreck with an underinsured driver, you must exhaust their insurance coverage and then seek additional damages in the amount of your UIM coverage. Your UIM coverage will be credited for what was paid by the responsible party.

Let’s take the same example but you only have the minimum required for UIM coverage, $25,000 per person/$50,000 per accident. You can only collect the maximum from the other driver and cannot get anything rom your UIM coverage because you already received $25,000 from the driver’s insurance.

Contact Buckley Wynne & Parese if you were involved in an accident with an underinsured or uninsured motorist to know your rights!