Running Mates: As a Leader (And a Horse Racing Fan), Brendan Buckley Strives to Keep Pace with His Family Role Models

When Brendan Buckley '19 was in second grade at St. Rita School in Hamden, his teacher had a nickname for him.

"She started calling me the Mayor," Buckley said. "That was a sign of respect she was giving me, which in second grade was a big thing ... I just had good relationships with people. And I've just grown from that."

The nickname never did stick for Buckley. But that teacher was on to something.

Buckley is never afraid to take an interest in others and see if he can offer help.

"He's in his best element in that role," his father John said. "That's something that he enjoys, and it comes naturally to him."

As one of the leaders of the class of 2019, the trait has only gotten stronger over the years.

At Xavier, that same personality that caught the attention of his teachers has allowed him to make an impact on his classmates and the school.

"Brendan has not been afraid to embrace the challenges of leadership and has earned the respect of his peers, teachers and coaches," Xavier principal Brendan Donohue said. "He is a man of strong character and integrity. Xavier is a better place because of Brendan's contributions."

Early on, his parents saw those leadership qualities in their son.

"He's always had a high social IQ." his father said. "He understands how people react to him and he understands how he reacts to people. Brendan has the ability to treat everybody with the type of respect we all yearn for in life. Generally, he's come to understand that when you respect people the respect often comes back to you."

John Buckley won't take credit for his son's leadership skills. He points to his wife and others. But his son knows it has been a mix of his entire family, including his father. From his mother Tricia, who is a newborn intensive care nurse, to his two siblings John and Meghan, he's never been short of role models.

"I've learned from them," Brendan said. "It has come from both my mother and father. They've done a lot for me... along with my brother and sister. Being the youngest, I've been able to watch a lot of my life."

John and Brendan have a tight connection as father and son, including a love of two sports that share little in common: horse racing and hockey.

Since the late '80s, John Buckley, a successful lawyer in New Haven, has owned hundreds of horses, including Keen Ice, who handed Triple Crown winner American Pharoah his first loss at the Travers Stakes at Saratoga in 2015. He got into the business with his own father, who had always wanted to try it. Their first horse was named Acting Gallant.

Brendan has traveled with his father to some of the most famous tracks in the country: Churchill Downs, Belmont Park, Saratoga, watching his father in action.

"Brendan has been around it since he was in a car seat," John said. "It has been a great ride."

John Buckley has lived a full life. As a teenager, he went to three different high schools because of his father's job. He was captain of the Middlebury College hockey team. There's plenty to learn from his experiences. And Brendan has tried to honor his father by approaching life with the same type of focus and effort.

"He's been a large inspiration in my life," Brendan said. "One of the things he's instilled in me since Day 1 is with hard work and determination you can do anything. Whether it is sports or academics, you can go anywhere you want in life with those things. He's done a great job of pushing me to my absolute limits to make me the best person I can be." 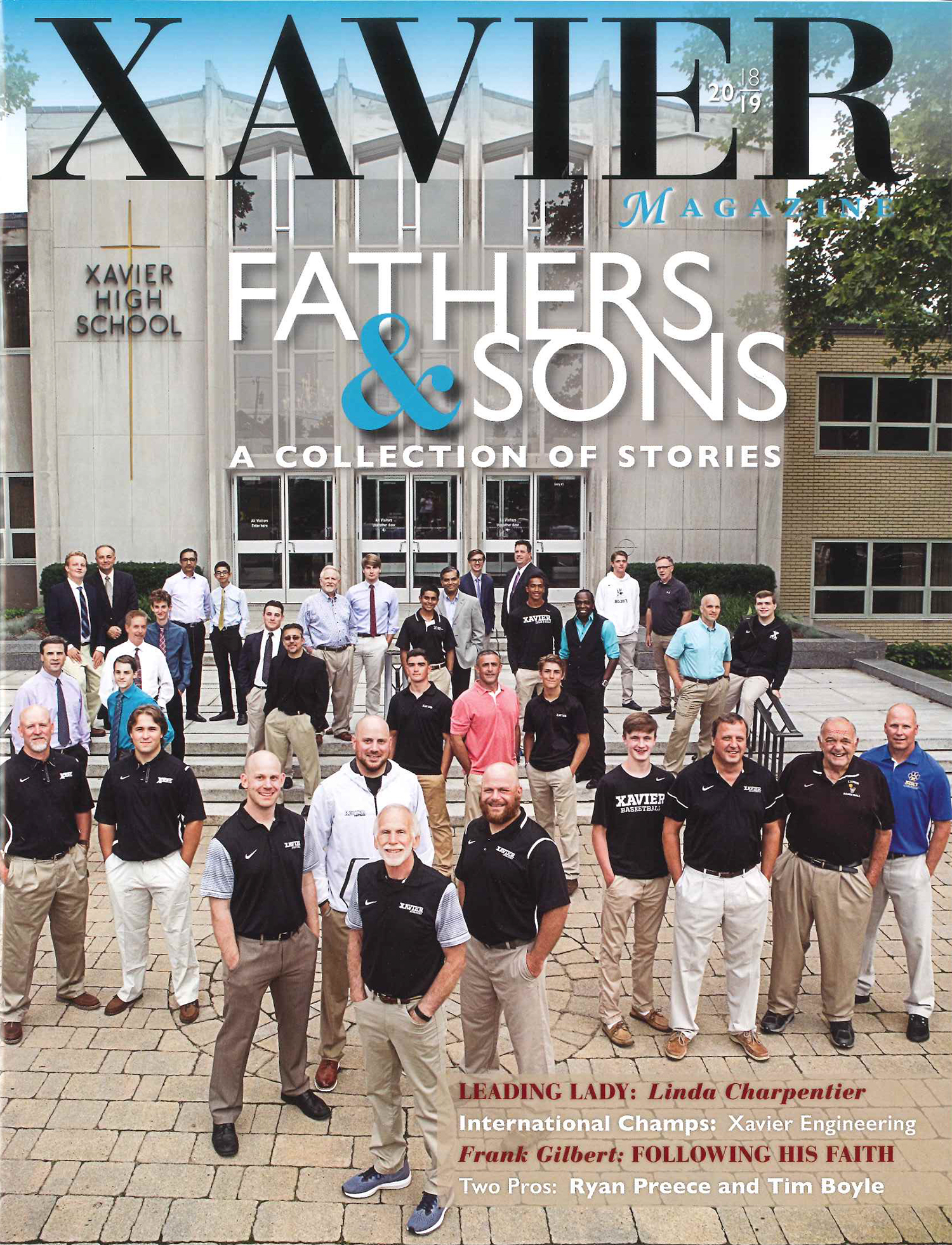 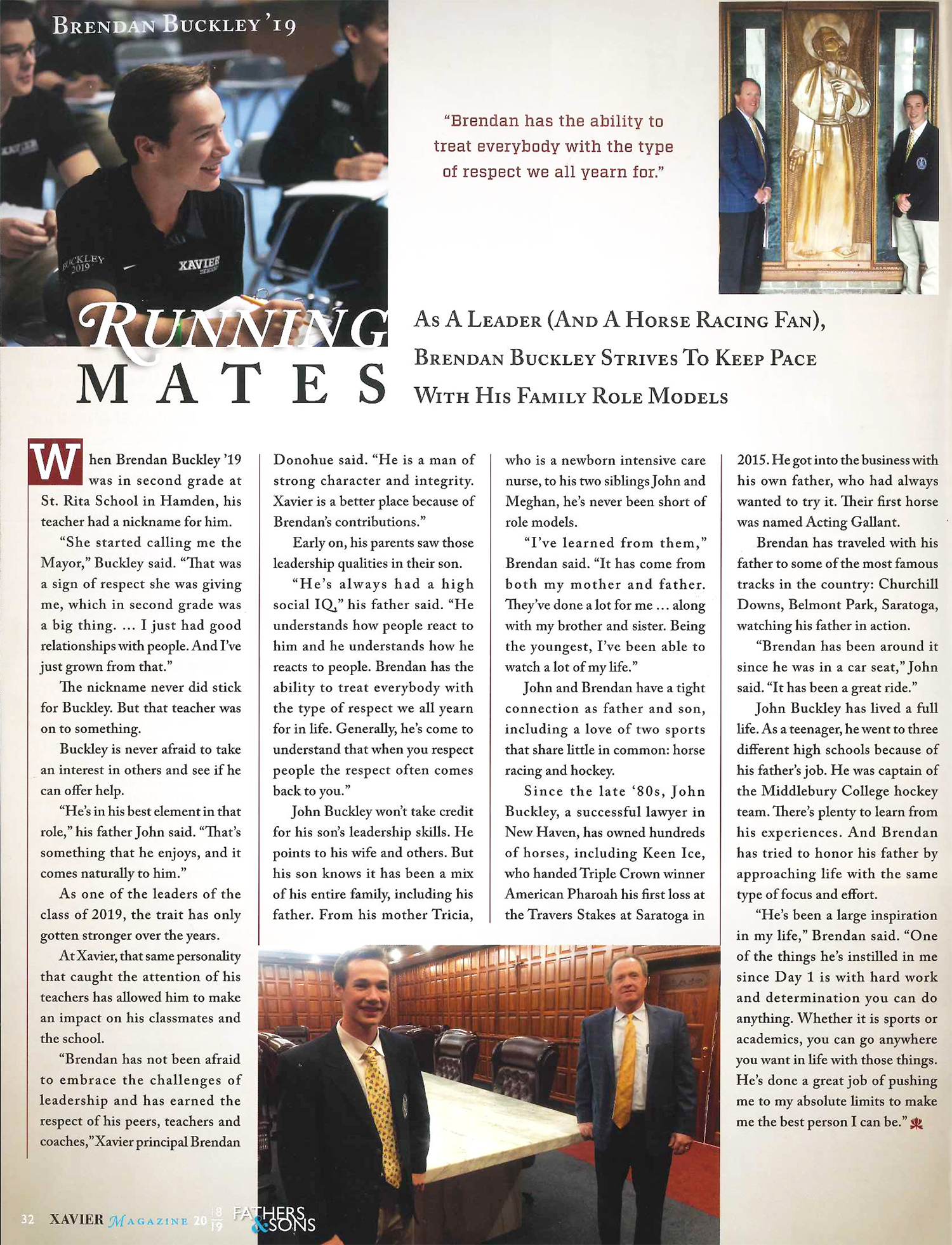